When it comes to a driving under the influence arrest, a fun night out with friends can quickly turn into a nightmare. A DUI charge is a serious matter, and it carries serious consequences. Not only will you face the potential loss of your driver's license and heavy fines, but you could also wind up behind bars. The good news is that simply being arrested for DUI doesn't mean that you will be convicted. With the right defense attorney, you have the chance to prevail at your trial and avoid a conviction entirely. It is no surprise, then, that your choice of defense counsel is an important one.

If you are facing a Kansas DUI charge, Stolte Law, LLC may be able to help. Attorney Adam Stolte has an extensive track record of fighting DUI cases in court, even arguing before the Kansas Court of Appeals. To discuss your case with an experienced attorney, contact Stolte Law, LLC today.

EXTENSIVELY TRAINED BY LAW ENFORCEMENT TO SERVE YOU.

Attorney Adam D. Stolte has been qualified by NHTSA to conduct the Standardized Field Sobriety Tests.  These are the same tests the officer asked you to take on the side of the road including the Horizontal Gaze Nystagmus Test (Pen test), Walk and Turn, and One Leg Stand.  With this training, Stolte Law knows exactly what the officers know - and he knows how they were trained to do it.  If the officer made an error while conducting the tests, it could have a major impact on the results and Stolte Law will find it. 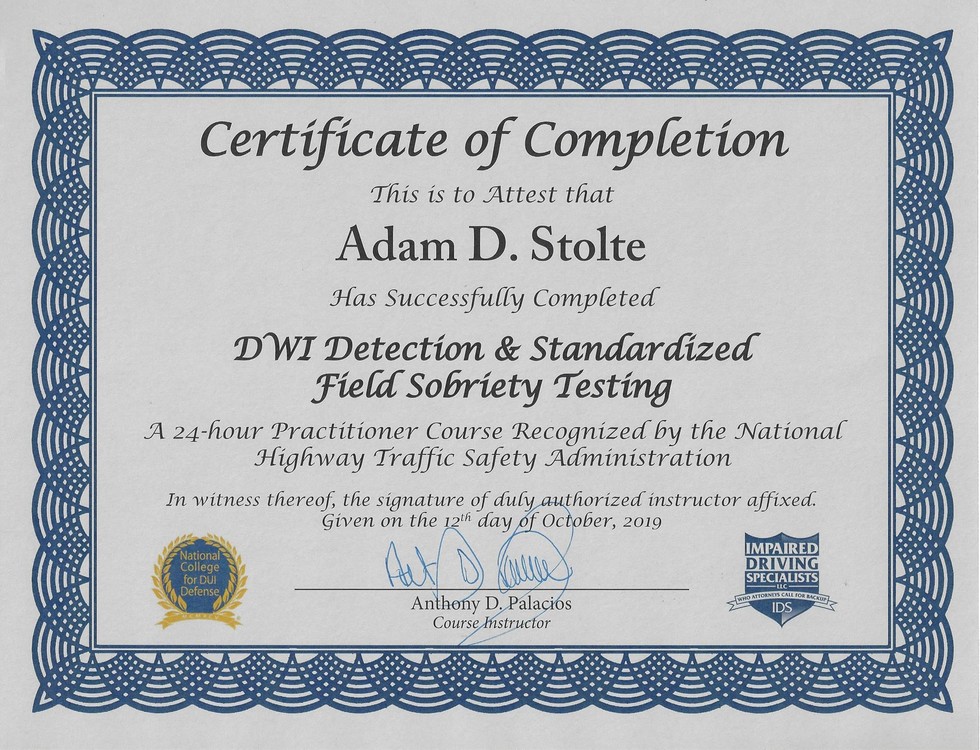 Attorney Adam D. Stolte has also been qualified by NHTSA under the 2018 ARIDE training curriculum.  This is the exact training course police officers go through to learn how to recognized certain signs and symptoms of drug impairment.  The course teaches participants how officers are trained to administer and interpret the Modified Romberg Balance test and the Lack of Convergence test.  This relatively new training gives Stolte Law an advantage over other DUI attorneys in the area. 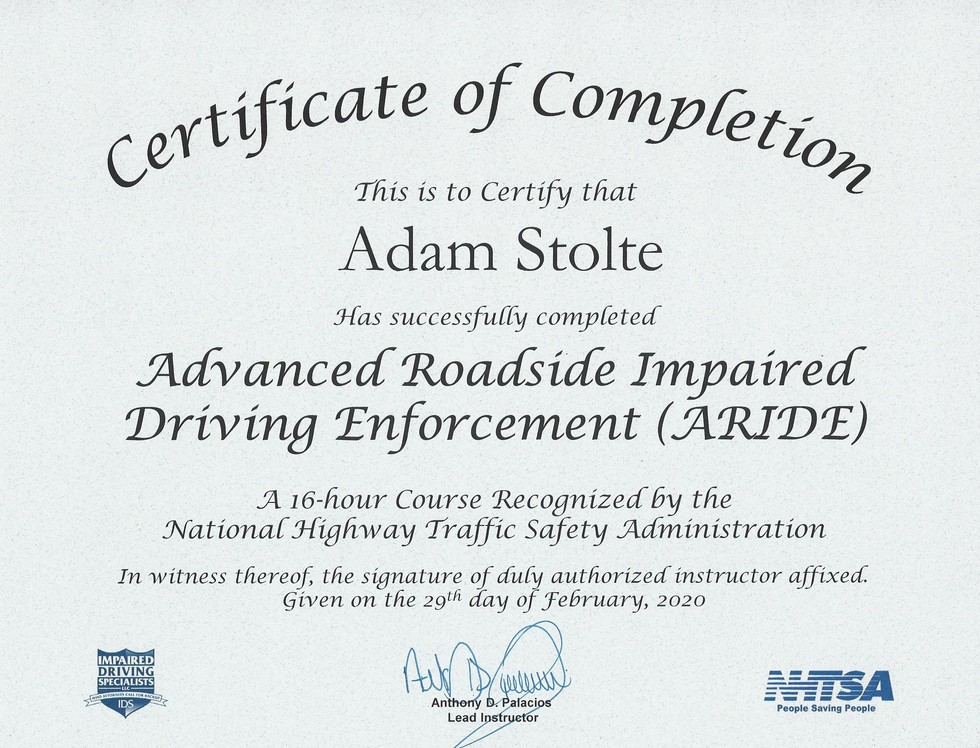 The National College for DUI Defense recently awarded Attorney Adam D. Stolte with its 2019 Appellate Advocate of the Year Award.  Stolte is the only attorney in Kansas to be recognized for his work in DUI defense. 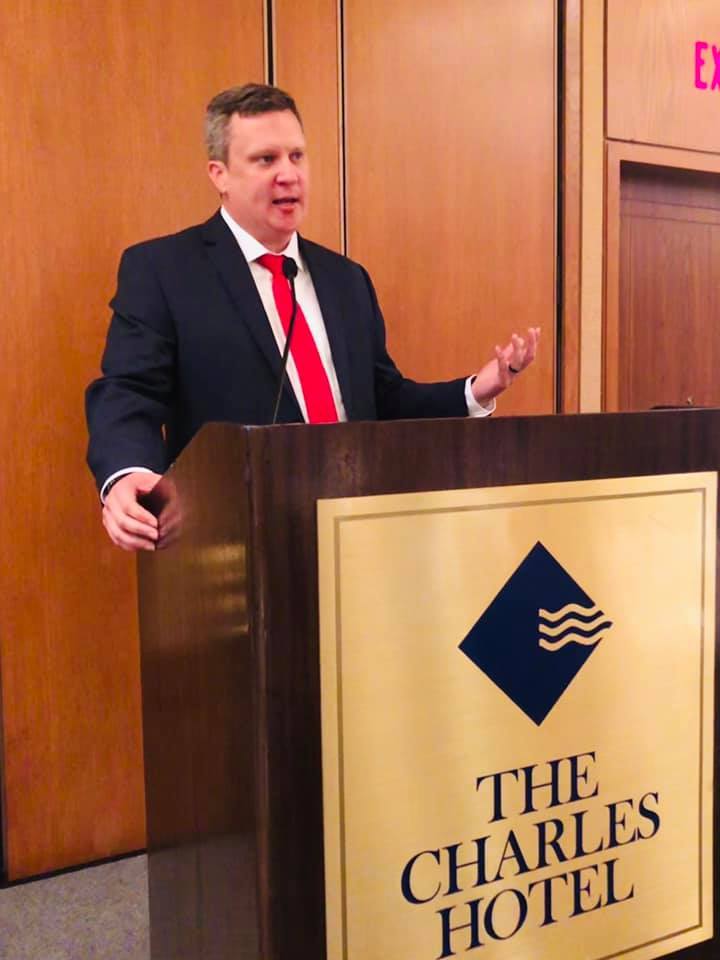 Generally speaking, Kansas law outlaws driving while intoxicated by drugs or alcohol. But the Kansas statute is more specific than that. There are five different circumstances that rise to the level of DUI when driving in Kansas:

If you meet one of the five conditions mentioned above, you can be convicted of a Kansas DUI.

The potential penalties for a DUI conviction in Kansas can be severe, even for first-time offenders. The sentence you may face for a DUI will vary depending on the number of previous DUI convictions – with enough prior convictions you could spend decades behind bars. The potential jail time and fines can vary significantly, but every DUI conviction has the possibility of additional costs like court costs, probation fees, drug and alcohol evaluation fees, license renewal fees, and classes on drunk driving.

In addition to the penalties described above, you will also face a suspension of your driving privileges upon conviction for DUI. While the criminal case against you is proceeding, the Kansas Department of Revenue will also file a civil case against you in an attempt to suspend your driving privileges. The potential suspensions vary depending on your blood alcohol concentration (BAC) at the time you were arrested as well as if you have previously been convicted of DUI.

For a first-time DUI conviction, your license will be suspended for 30 days. Once the suspension is up, you will be required to install an ignition interlock device for the six months following your suspension. This suspension is even steeper if your BAC was .15 or above.

With each conviction, the length of the suspension and restricted license period grows. The maximum suspension, which occurs on fifth and subsequent convictions, is for one year with a 10-year interlock device requirement after the suspension is lifted.

If you are pulled over and the officer suspects you of driving while intoxicated, you will likely be asked to submit to a breath, blood, or urine test to determine your BAC. Under Kansas law, any person operating a vehicle in the state is deemed to have consented to give a sample upon request. You have the right to refuse the test, but because of the implied consent law, you will likely face additional charges.

When it comes to defending a DUI case, most successful defenses can be classified into one of two types:

During a DUI stop, officers may find probable cause to charge you with additional offenses.  As with the original DUI charge, these additional offenses must meet constitutional muster.  Many times, errors made while conducting the DUI stop will impact the other charges.

If you have been charged with a DUI in Kansas, it is important that you hire a DUI attorney with a track record of success. Attorney Adam Stolte has extensive experience defending his clients from DUI charges in Kansas courtrooms. To discuss your options, contact Stolte Law, LLC today. 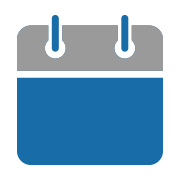